In this post we will dive into and old MSRPC Vulnerabilty specifically NetPathCanonicalize.

The vulnerabilty is a stack corruption bug, in short the main objective is to remove ‘..' form a path, and do so its using a recursive call, the problem happends when the ‘..' forces the recution to go beyond the last element of the path.

You can find the full bug analysis decompiling-ms08-067

Yes, theirs lots of information and seemd a good exercise, as the main objective was to recreate the exploit and later try to build the x64 bit version of it, i decided to change things a bit and attempt to use a diferent method to bypass DEP most of the exploits i seen around for Windows 2k3 sp2 use the NtSetInformationProcess this brings some limitations among them the fact that will fail if AlwaysOn policy mode is on it will fail, check out corelan, for the full explanation.
Changing things helps one to practice and since ROP is usualy described as some kind of black magic, better way to understand it is to practice as much as you can.

The tools of the trade are the usual, Immunity debugger and mona, if you don’t know what does are you’r probably trying to run before your know how to walk….. you definity need to learn how to walk first!

The main dependency is python impacket we will use this one to connect to the service and send our poisoned present :D, another detail you might have seen is the cryptic look of the paylod of most exploits that look like the following. 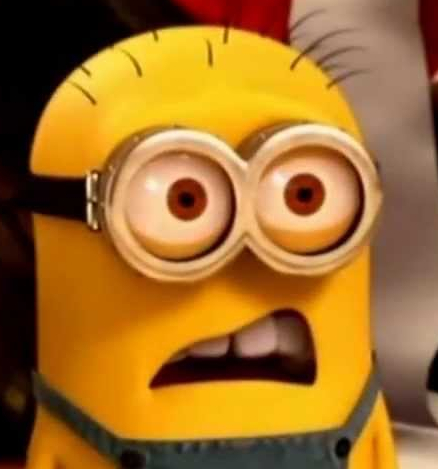 Ok that might not seem easy to digest, but after you look at the code that crytic strings will make alot of sence.
Essentially, that payload is in the final format that MSRPC understands in this case they are NDR types and before they are sent the data to be sent needs to be formated that way, it all become clear later.

The vunerable function signature is as follows:

The way to trigger the bug is to send it a path that makes the algorithm go beyond the last “\”, and it will do so until he finds a “\” a copies from their to the end of the string.
They are many ways to trigger the error without making it chase its own tail to oblivion here are some of them.

And the one you can find at the metasploit implementation of the exploit, initialy tryed the first one when i started working on the rop chain, realised space was short, so i decided to go with the metasploit version, but building that in the format you see above is royal pain the ass, so i after looking around i finaly understood how they were building that so there are the funtions that will be used to craft that cryptic string.

As incredible as it might seem the simplest implementation was taken from metasploit!!! yeah probably the first time i was able to understand ruby :P, i tryed to use the python impacket type implementation but i wasn’t able to trigger the bug, not realy shore why, the above is far for an acurate its only correct enough to go beyond the initial service checks and trigger the bug. 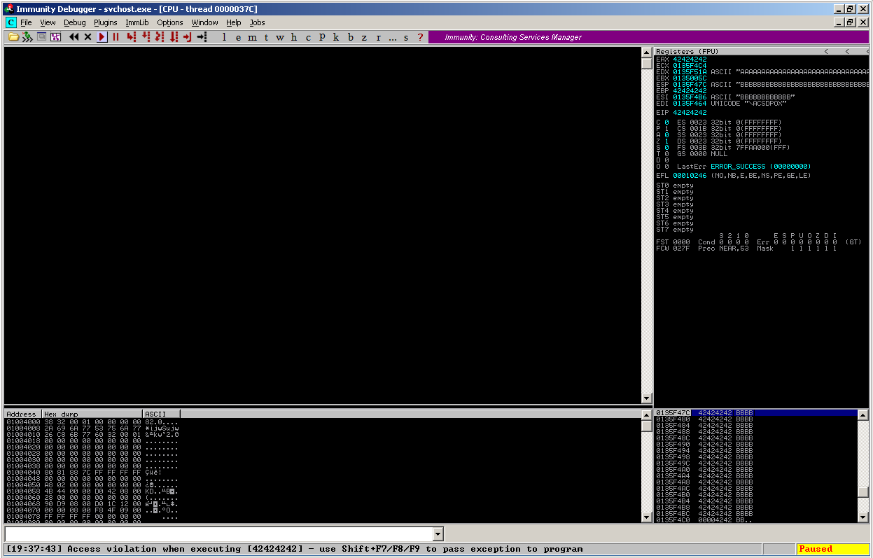 So the code for that crash is as follows:

From their, you go the usual dance find the offsets, to control EIP you can use the pattern trick, for that you will replace the 78 B’s with the pattern and fire the exploit again the crash should look like this:

The Change to the result above is:

After that we control the EIP its time to call our secret weapon, MONA.py, and search for rop chains and stack pivots, the idea was to use the space full of A’s to store the DEP ROP and shellcode for that we will use the remainding space to build a rop chain and jump into that area.

Rop your way into the shellcode

Given that you need figger out the offets after each jump, after that our rop jump trick should have suscessfuly landed into the A’s so things will look like the following:

Ok, that one is out of the picture i’m shore their are other ways to do that probably even better, with that out of the way the next step is to find out the offset in 508 A’s, the process is same as before replace it with a patttern get the offset it was 98 bytes from the begining, this means that our DEP ROP bypass will start their.
With the help of mona again to collect rop gagets and suggestions, things become a lot easier than they use to be, most of the heavy lifting is done by the script you just need to check it and make shore its correct give it a tweek here and their.

Ajust the poc exploit and place the breakpoints and replace the rest of the payload after the DEP ROP with NOPS or 0xCC breapoints, make shore everithing is correct, and check where EIP will point to after returning from ourt VirtualProtect ROP Chain.

You will notice that it will require 4 NOPS followed by the stack ajustment that is the same metasploit is using, at this stage i was preaty confident that i had something the problem was space was geting short, soc before we go further our poc exploit by now looks like this:

The moment of truth do we have space of a shell.

Turns out metasploit did work his magic and pulled that one off heheheheh, 306 bytes SWEET.

After some ajustements and and code formating our final exploit looks like this:

Have fun see tou next time with x64 bit version of this one :)